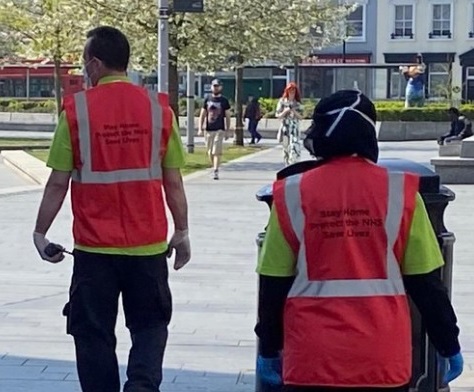 Council officers will be visiting businesses across Royal Greenwich this weekend, to ensure they are complying with the law that requires them to close at 10pm.

Enforcement action will be taken against businesses that deliberately flout the rules and the Council has already issued a £1,000 fine to a pub in Woolwich for failing to comply.

A £1,000 fixed penalty notice has been issued to Mr Abel Nsinga at the Albion pub, Woolwich Church Street, after advice provided by the Council during a visit on 24 September was not fully responded to.

The government announced a number of new regulations last week, which includes the requirement that businesses selling food or drink remain closed between 10pm and 5am. Businesses may open after 10pm for delivery only and no customers should be on site after this time. In licensed premises, food and drink must be ordered from a table, and not at the bar. It is also now a legal requirement to display the NHS QR code poster which will help trace and stop the spread of COVID-19.

More than 50 businesses were visited over the weekend of 25-27 September and a number of takeaway premises were found to be open after 10pm.

Community protection warnings under the Anti-Social Behaviour Act have been formally issued to six takeaways found to be operating in breach of current requirements. These warnings will be followed up with enforcement notices and/or penalty fines for further non-compliance.

Two incidents on Trafalgar Road reported to the Council are now under investigation and could lead to fines for the business owners.

Businesses could be fined up to £10,000 for failing to abide by COVID-secure regulations.

If you have concerns that a business is not following the government regulations, you can report suspected breaches to health@royalgreenwich.gov.uk.