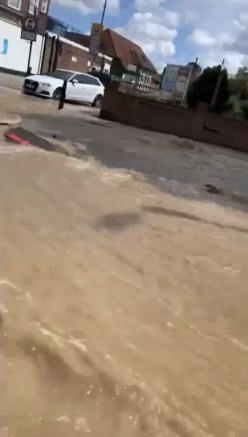 A water pipe burst in Eltham, flooding the street which leaves SE3, SE9 and SE18 residents without water or with low pressure.

Thames Water have stated engineers are likely to be working on the ‘complex repair’ for the next few days until the early part of next week at the scene on Westhorne Avenue in Eltham.   The pipe is located beneath the road, leaving the Westbound direction closed until early next week.

One resident managed to capture the flooding saying ‘it was like driving through a river’ after the water pipe burst in SE9 on Sunday afternoon, with water pouring out and causing considerable flooding along the road. 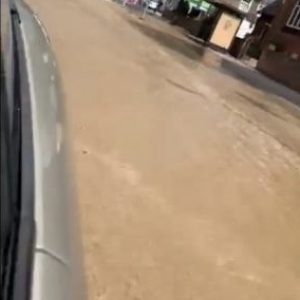 Thames Water said:  “We’re continuing to monitor local supplies to make sure we minimise any impact and are using a fleet of tankers to pump water into our local network and keep taps running.