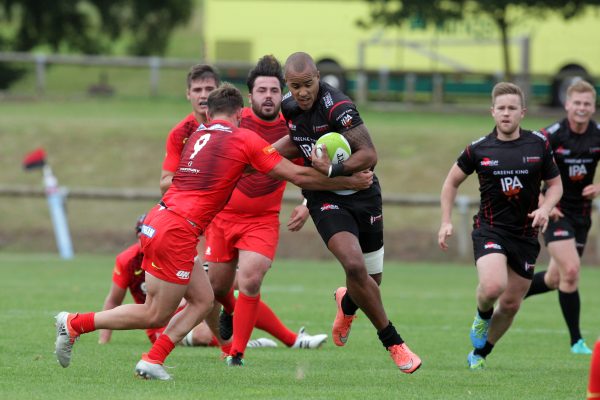 All the pre-season promise of three wins against higher league opposition was cast into oblivion in this campaign opener, as Blackheath crashed to heavy defeat in rural Gloucestershire.

What was billed as a fierce encounter between the sides that finished second and third respectively in last year’s National League One table, and who have never been separated by more than a converted score at the end of four previous meetings, was effectively over as a contest by the interval after Hartpury College scored three first half tries, and such was the hosts dominance throughout the entire match that they consigned the Club to a blank score-sheet for the first time in nearly three years.

‘Outplayed, out-muscled, we didn’t manage to take our pre-season form into this first match,’ said a disappointed Colin Ridgway. ‘Credit to Hartpury, they played a good combative game which we couldn’t match and showed desire we didn’t have.’

‘Frankly, we didn’t get off the bus.’

Confidently spurning potential kicks at goal, Hartpury soon pressed Blackheath into the indiscipline that saw Gregor Gillanders off to the sin-bin, and conceding the penalty try that got the hosts off the mark.

Further reduced in number with Tom Baldwin temporarily removed, the visitors defended well for a time, but on 21 minutes fly-half Adam Hastings threaded a neat kick through the defence for hooker William Tanner to collect and score a second try.

A break from Jamie Davies at full-back gave Blackheath a brief period of pressure, but a potential three points were let go in favour of a line-out which spluttered, and as the Club’s poor kicking game allowed Hartpury to re-take the initiative, left-wing Jonas Mikalcius crossed for a third try which, with Hastings adding a penalty to his three conversions, resulted in a 24-0 advantage at the break.

Scrum-half Andy Uren added the four try bonus within seven minutes of the re-start after loose ball was kicked on, and the final ignominy saw Blackheath stripped of possession in defence for number-eight Zach Mercer to romp home for a fifth.

‘The season’s not won and lost on the first game and there’s a long way to go,’ continued the Club’s director of rugby.

‘It’ll be back to the drawing board this week and I’ll be looking for a massive reaction from the boys to make sure we bounce back against Esher.’

The match against Esher will be Blackheath’s first league game to be played at their new facilities at Well Hall in Kidbrooke Lane. Kick-off on Saturday is 3.00 pm.