Arrests made in M25 Climate Protest 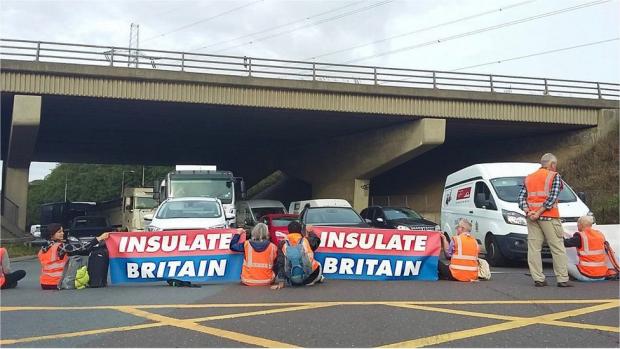 Arrests made in M25 Climate Protest

Kent Police have say they have cleared at least one of the roads which was blocked by a climate protest group on Monday morning, 13th September,  arresting 12 people who were obstructing a roundabout connecting the M25 at junction three.

The individuals were detained on suspicion of obstructing a highway and remain in custody.

Around 20 protesters sat in the middle of the road at Kings Langley, causing tail backs up to the motorway. In heated scenes, motorists clashed with protesters and tried to drag them away so they could continue their journeys.

Frustrated travellers called in to Maritime Radio for the latest travel updates during Monday’s Greenwich Breakfast.

The group  has warned that the motorway disruption is “just the start” of their demonstrations until the government decides to take action.

For the latest travel news, tune to Maritime Radio throughout the day, with regular updates on 96.5FM and online.