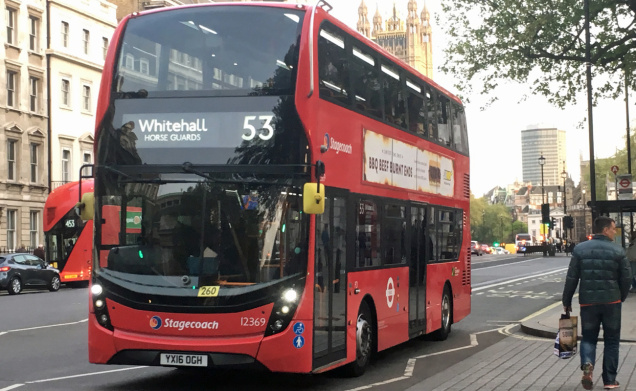 The leader of the Royal Borough of Greenwich, councillor Danny Thorpe, has appealed to the prime minister to scrap controversial moves to axe free travel for children on London public transport, saying it will be a “disaster” for families and young people.

Danny Thorpe also defended the mayor of London, Sadiq Khan, for signing off on Transport for London’s (TfL) £1.6 billion Government bailout, saying the Mayor “had no choice but to accept it to keep the Tubes and buses running”.

The deal between the Government and TfL will see a range of temporary measures – including stopping free travel for children and reducing free travel for the over-60s – introduced after TfL’s income from passengers was crippled due to the coronavirus lock-down.

However, the leader of Greenwich council, where 40 per cent of children already live in poverty, said the changes would have a “huge impact” on residents in the borough.

He said: “This will be a disaster for many of our families who are really struggling, and will be moving forward in such awful conditions.

“Forty per cent of Greenwich children are already living in poverty. This will be one extra burden that families could do without.

“So we’re calling on the Prime Minister to immediately reinstate the funding for our children, young people and families need to travel in our borough.”

The petition had collected almost 3,000 signatures by Monday afternoon.

Councillor Thorpe said Mr Khan was “being clear and honest with Londoners” – adding “this is not the deal he wanted”.

He said in recent years London has been the only major city in western Europe that hasn’t received direct Government funding to run day-to-day transport services.

He said TfL had “prudently” gathered £2.1b in reserves going into the pandemic which it has since burnt through after fare income fell by 90 per cent.