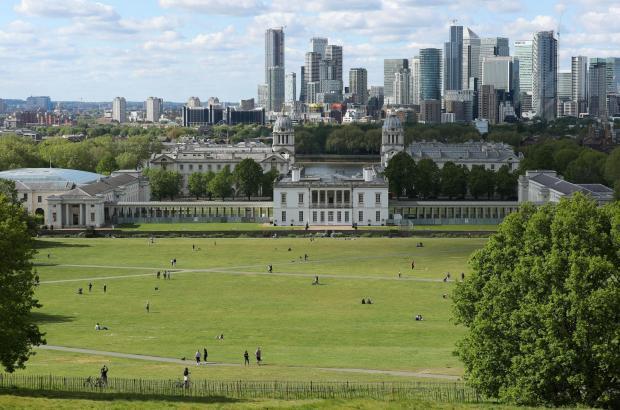 £10m work approved for Greenwich Park
Revellers visiting Greenwich Park will still be able to sledge during winter and the legendary bullet holes in General Wolfe’s statue will remain, but much else is set to change under a major plan to breathe new life into the historic space.

Greenwich’s planning board unanimously approved a programme of work worth more than £10 million for the park at their Tuesday meeting.

At the “heart” of the proposal will be a new learning centre built in the south-east of the park, while the viewing platform around the General Wolfe statue will be enlarged after the surrounding land was left “slumped and eroded” from the high level of visitor footfall.

A major landscaping project will also be undertaken to restore the historic 17th century Parterre Banks – the six large steps heading to the Queens House from the Wolfe statue.

Councillors were told the project would see a total of 225 trees cut down in phases- primarily ones impacted due to disease and squirrel damage, but also some in the way of the improvements.

However, they would eventually be replaced by 400 new trees.

Councillors were told that the park – which is classed as metropolitan open land – has the same protections as a green belt area, meaning the building of a new learning centre and accompanying structures would be classed “inappropriate”.

However, in this instance, members were told the benefits would outweigh any potential negative impacts on the park with a “dramatic increase in open space” if development in the south-east corner went ahead.

Councillors Nigel Fletcher and Geoffrey Brighty both supported the plans, but said it would have been useful to have CGI images of what the improved viewing platform around the General Wolfe statue would look like.

However, both were assured the work would done “sympathetically”, while the historic bulletholes in the statue – allegedly shot into it during a World War II gun run by a German Messerschmitt – would be left untouched.

Even with the new steps cut in, revellers would still be able to carry on with their historic pastime of winter-time sledging – with a representative of Royal Parks promising an “enhanced sledging experience”.